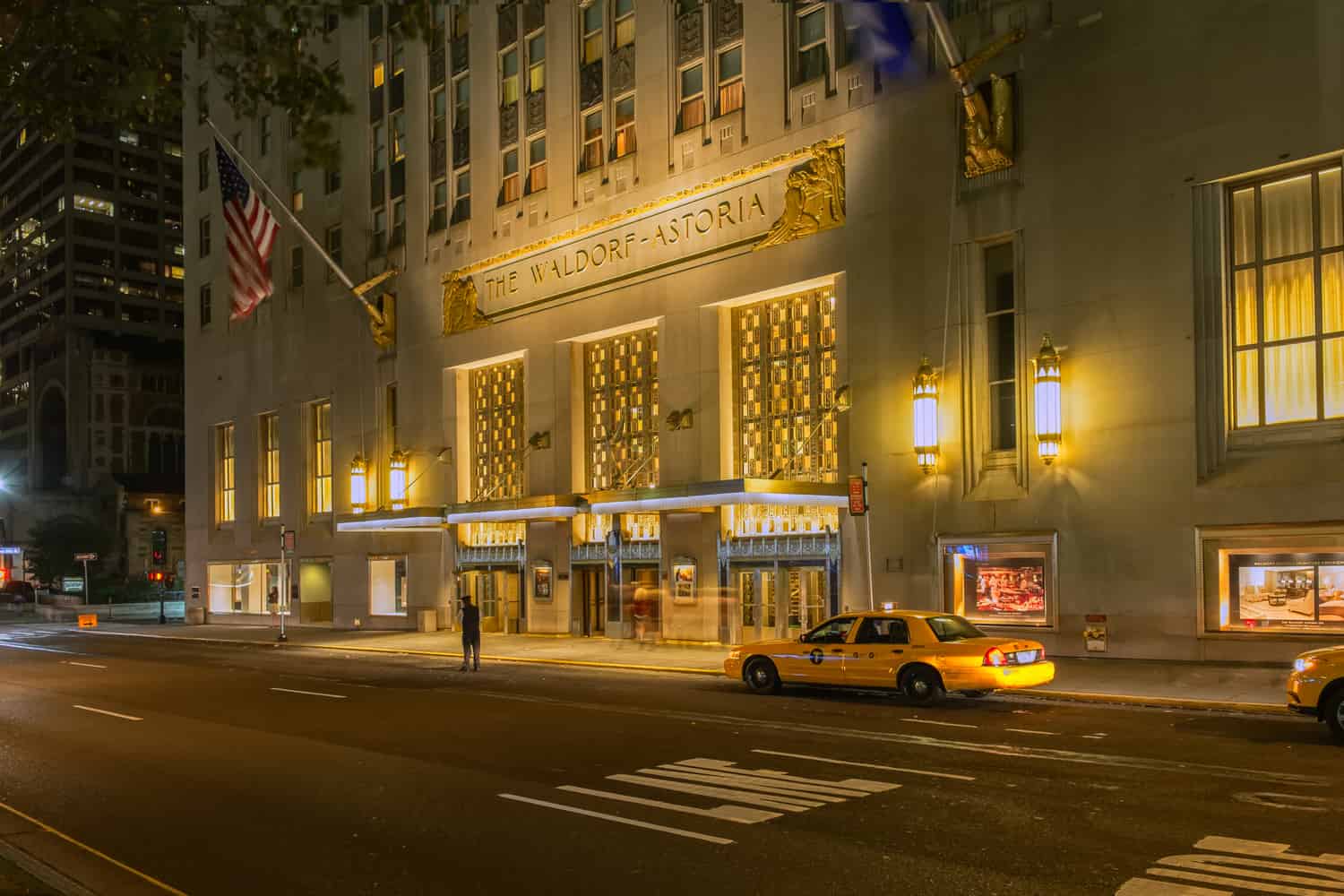 Use is a fundamental concept in Canadian trademark jurisprudence. The Canadian Trademarks Act (the “Act”) confers priority rights to the first user of a trademark and codifies the common law entitlement of exclusiveness through use. Indeed, the statutory definition of “trademark” under the Act is “a sign or combination of signs that is used or proposed to be used by a person for the purpose of distinguishing or so as to distinguish their goods or services from those of others…”

Similarly, use is essential to the maintenance of trademark rights under the Act since a trademark becomes vulnerable to expungement proceedings if, counting from the date of registration, it falls into disuse for a period of three years. The Supreme Court of Canada has dubbed the phrase “use it or lose it” as the watchword in trademark world.

For many years, jurists have grappled with the issue of whether use of a trademark can be established in respect of services, in the absence of a brick-and-mortar location in Canada. For over a decade, conflicting decisions riddled the landscape, but alas! Some clarity has come. Trademark practitioners and proprietors alike awaited the Federal Court of Appeal’s decision in Miller Thompson LLP v Hilton Worldwide Holding Inc. with much anticipation.
The Hilton case deals with the famous WALDORF-ASTORIA trademark owned by Hilton Worldwide Holding LLP (Hilton) and registered in Canada under registration number TMA 337529 in respect of “hotel services”. It is an appeal from the decision of Justice Pentney of the Federal Court, who overturned the decision of the Trademark Registrar to expunge the trademark pursuant to a section 45 non-use cancellation proceeding. The Federal Court of Appeal affirmed the decision of the Federal Court in reinstating the mark and agreed with majority of its findings.

The Waldorf Astoria Hotel is a well-known luxury hotel in New York City with numerous sublocations in other major cities around the world. There has however, never been a brick-and-mortar Waldorf Astoria hotel anywhere in Canada.

The principal issue before the court, was whether Hilton could establish use of the trademark in Canada, for “hotel services”, in the absence of a brick-and-mortar hotel operating under the trademark in the country.

Hilton argued that it had been using the trademark in Canada since at least 1988 in respect of hotel reservation, booking and payment services. In proof of this, it proffered evidence to show that people in Canada could see the trademark when they visited the Hilton website, and that they could book reservations either directly with the hotel online (through a third party service provider such as Expedia or Travelocity), or via a Canadian toll free number. Additionally, the trademark would appear on emails sent to customers confirming their reservations and bookings. Over the relevant period, Forty-One Thousand (41,000) people with addresses in Canada had stayed at the hotel generating approximately Fifty Million Dollars (US$50,000,000.00) in revenue.

Under Canadian law, a trademark will be deemed to be used in respect of services if it is “used or displayed in the performance or advertising of those services.” It is critical to note however that mere advertising of services in Canada will not suffice. Some aspect of the services must be performed or delivered in Canada under the trademark to constitute use.

Per the court, the concept of “services” is to be liberally interpreted so that “services” may include those that are “incidental” or “ancillary” to the primary service identified in the registration.

In determining whether a particular service is performed in Canada, the scope of the registered service must be ascertained, according to its ordinary commercial usage from the perspective of the consumer and the trademark owner. Furthermore, one should also be mindful that the meaning of terms used in trademark registrations can evolve over time owing to developments in online commerce.

The court concluded that the term “hotel services” as listed in the WALDORF-ASTORIA trademark registration included other incidental or ancillary services such as reservation or payment services. There was uncontroverted evidence that the term “hotel services” was customarily understood to include these types of incidental services and that; hotels could not operate unless customers were able to reserve, book and pay for their rooms in advance of their stay.

The court then went on to consider whether Hilton was providing a service in Canada, so that, there was tangible and meaningful benefit being derived by consumers in Canada from its use of the trademark in Canada.

On the evidence, the court found that consumers in Canada derived several benefits from Hilton’s use of the WALDORF-ASTORIA trademark. Customers were able to make reservations, bookings and payments, all of which could be done from within Canada. Additionally, Canadians could enroll in the HILTON HHONORS loyalty program from within Canada, wherein enrollment documents bearing the WALDORF-ASTORIA trademark were displayed. There was evidence that more than 400,000 individuals had enrolled during the relevant period. The court found that these were clear benefits that can be enjoyed by Canadians in Canada.

Having rendered hotel reservation, booking and payment services under the trademark in Canada, Hilton was found to have used the trademark in respect of “hotel services” notwithstanding the absence of a physical hotel in Canada.

Ultimately, cases such as this will turn on the scope of the services in the trademark registration and the quality of the evidence provided by the trademark owner. In particular, the question of whether the trademark owner can show that a material and tangible benefit can be derived by people in Canada from services provided in Canada will be crucial. Bare assertions of use will not be enough, and the mere display of a trademark on a website from outside of Canada will not suffice. Moreover, the ability of individuals in Canada to passively view content on a foreign website will be insufficient to constitute use. There must, at minimum, be a sufficient degree of interactivity between the trademark owner and the Canadian consumer to amount to use of the trademark in Canada.

In terms of evidence, the court proposed that the following can be of assistance:

1. Website metrics such as the number of times a website displaying the mark has been accessed by Canadians;
2. Evidence showing the number of Canadians who have availed themselves of the online services in conjunction with the trademark;
3. Sales figures showing the value of the services provided to Canadian consumers over the internet; and
4. Evidence that:

• content offered by the website is stored on servers located in Canada;
• consumers in Canada are targeted with advertising;
• prices are listed in Canadian dollars; and
• the trademark owner is complicit with Canadian regulatory requirements that may apply to the services at issue

Trademark owners should pay regard to these categories of evidence when creating websites to service consumers in Canada. Further, proper records of country-based website hits, revenue, membership applications and rewards and loyalty points redemption should be kept and monitored.

For practitioners, your clients would be well advised to carefully consider the services and benefits being offered/to be offered to consumers in Canada, and to specify such services and benefits in ordinary commercial terms, from the perspectives of both the trademark owner and the consumer, and in accordance with the current Goods and Services Manual.

Interestingly, the Federal Court noted that if the services had been described as “the operation of a hotel”, Hilton would not have been able to establish use of the trademark in Canada in the absence of a physical hotel operating in the country.

Of equal interest, is the attention that was paid to the version of the Goods and Services Manual that was available in 1988, which included “hotel services” but likely did not include terms such as “hotel reservations” or “booking services”. The court noted that whilst Hilton was not bound to follow the precise wording of the Manual, it could not have been faulted for using a pre-approved term that was found in the Manual at the time that the trademark was registered.

These cases will always turn on their own facts. However, the description of the services for registration and proper evidence of use will be very determinative.

Kimberley Frith-Delisser
Kimberley is a licensed lawyer in Canada and Jamaica. She specialises in trademark prosecution, enforcement and defence matters. She has extensive experience in worldwide brand portfolio management having overseen the portfolios of several multinational corporations.[/fusion_text][fusion_text]